Tideflex duckbill check valves act very efficiently as diffusers and are used on many different effluent outfalls. When the sea outfall at Llangrannog was replaced in 2012, a Tideflex valve diffuser was the natural choice. 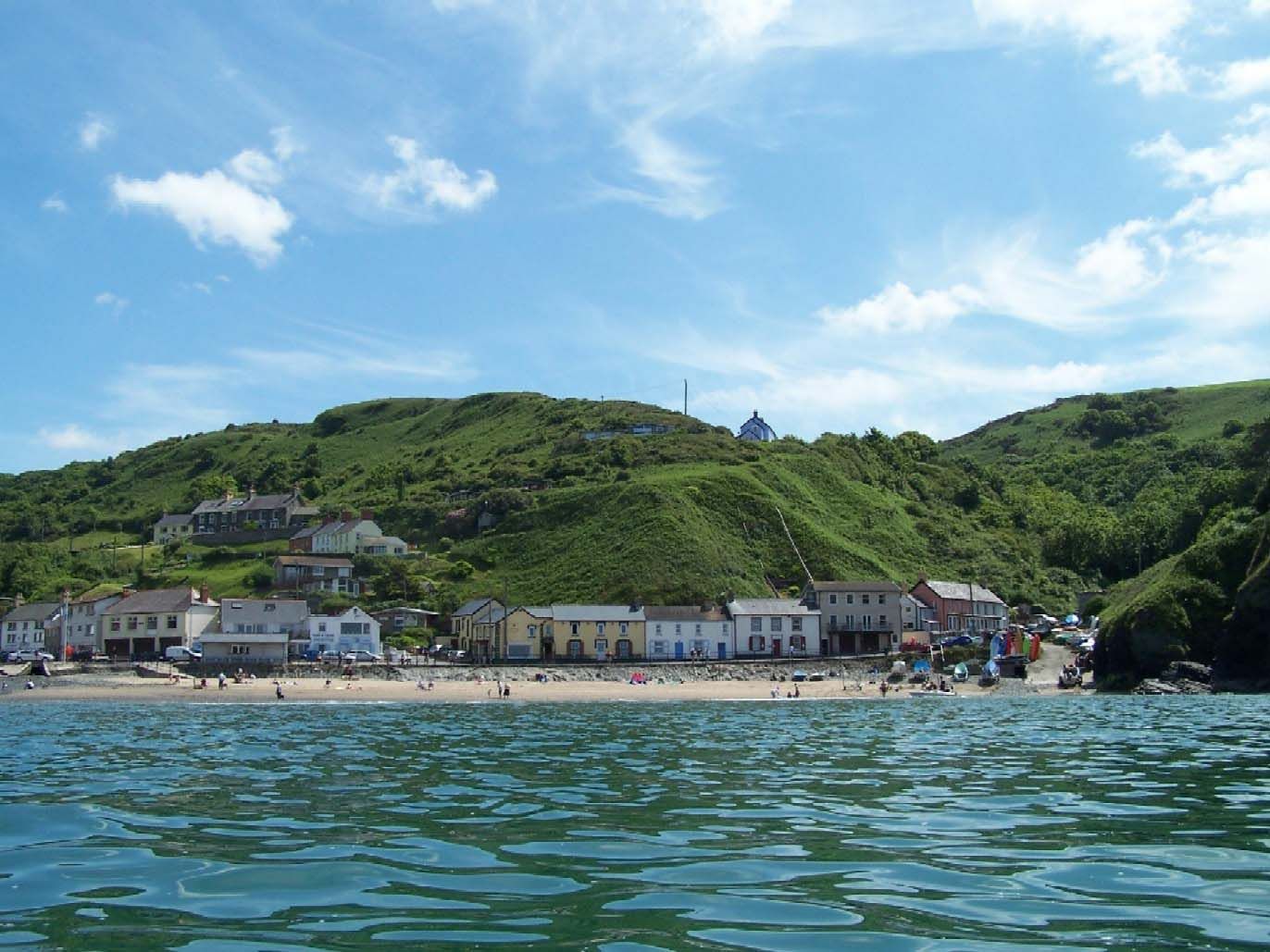 Llangrannog is a small seaside village in the county of Ceredigion on the west coast of Wales. Llangrannog has a resident population of approx. 150, which increases to a population equivalent of 550 during the summer when tourists and day visitors arrive. Sewage treatment facilities were upgraded in 2003, but the existing sea outfall was kept at the time.

However, in 2012 the original 1950's outfall pipe fractured, which caused treated effluent to enter the sea above the Mean Low Water Springs level, at a point inshore of the consented discharge point. This meant that the sea water quality at the beach was negatively affected, and this would have a knock-on effect on the summer tourist trade. It was, therefore, necessary to replace the old pipe and over the winter months a 210m HDPE pipeline was laid to replace it. 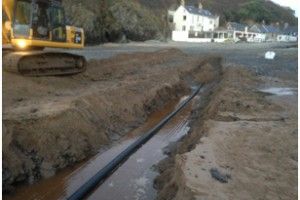 Although the wastewater was being treated by a membrane bioreactor to a high standard, it was still necessary to provide an effluent diffuser at the outfall discharge point to ensure that seawater quality was not affected. MeasurIT was approached to provide a suitable Tideflex valve diffuser design. Conventional diffusers are prone to sediment and saltwater intrusion which reduces the hydraulic capacity and dilution efficiency of the effluent diffuser system. The Tideflex Diffuser Valves overcome these challenges with their rubber duckbill design.

Exposed to the high seas of Cardigan Bay, the pipeline is encased in a combination of precast concrete mattresses and in-situ concrete. The durable rubber design of the Tideflex check valves are especially up to the challenge of tough conditions as well. Now, whether the weather is fair or foul, beach goers and aquatic life are ensured that the water at Llangrannog will do no harm.

Contact us if you need a diffuser valve hydraulic analysis and design recommendation. 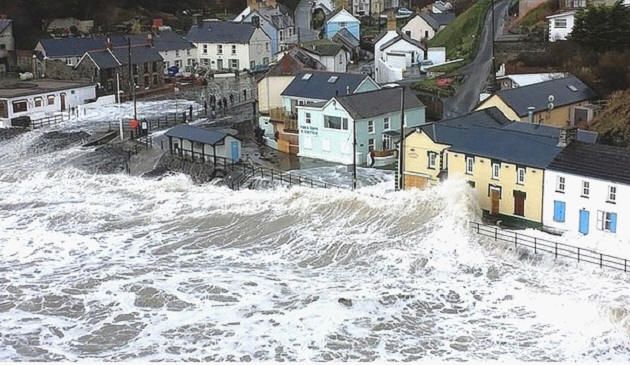