Never be stuck in the mud with Tideflex
Proven to be free draining and self-clearing
24 November, 2017 by

Stormwater discharges to the tidal section of the Parrett River at Bridgwater were constantly blocked due to mud & silt with the metal flap valves unable to cope. In 2013 Wessex Water decided that Tideflex duckbill valves would provide the solution, with their proven track record in being free draining and self-clearing. We have no doubt they will be happy with their choice for decades to come. 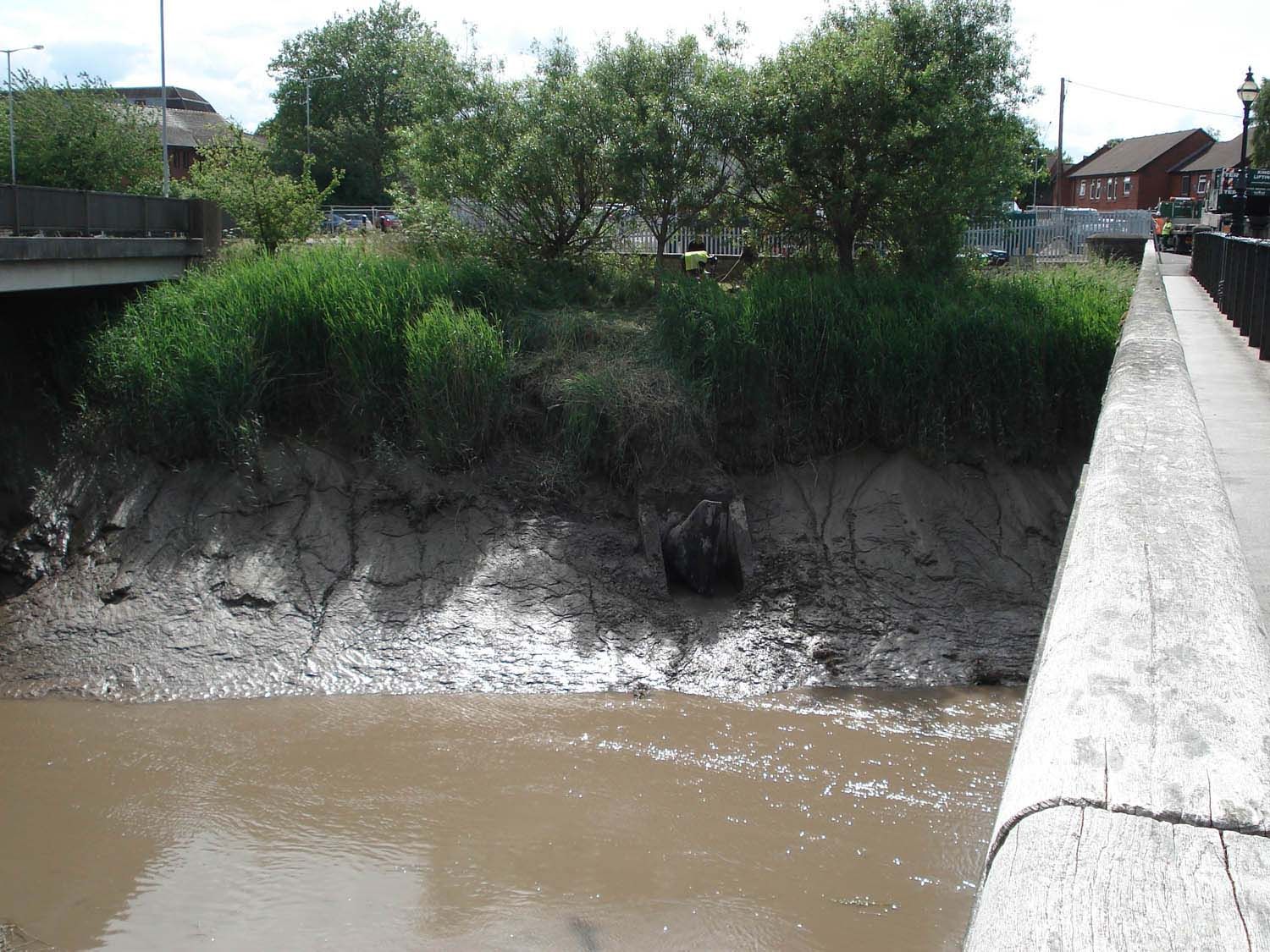 Bridgwater and its surroundings have a history of flooding, with the unfortunate overflow of combined systems in larger rainfall events. The area of Bridgwater to the east of the river is designated as Flood Zone 3a in the Sedgemoor District Council Level 1 SFRA, which means it has a high probability of fluvial and tidal flooding.

Much work has been done over recent years in consultation with the EA to remedy this situation, including the construction of several stormwater tanks in 2005. The largest of these tanks (2350 m3) is connected to the Taunton Road Pumping Station (rated at 700 l/s) which discharges to the Parrett River on the west bank between two bridges in the middle of Bridgwater.

Water levels in the river are determined by the tidal variation within the Bristol Channel at the mouth of the river, which has one of the greatest tidal ranges in the world. The tidal influence extends approximately 10km upstream from Bridgwater.

Despite dredging and de-silting work carried out on the river, the volume of mud & silt in the river continues to be an issue for outfalls on its banks. The two outfalls in this project needed to be cleared of mud before work could commence on replacing the non-functioning valves. (See photos below.) Further evidence of how difficult any maintenance work can be here!

Our R7F valves make installation quick and easy in locations that are difficult to access and  thus require special equipment. Properly designed rubber duckbill valves like Tideflex check valves are the only valves proven to maintain function when covered in mud and other debris. In an area prone to flooding, it is more important than ever that every part of the drainage system functions as intended in the long term. 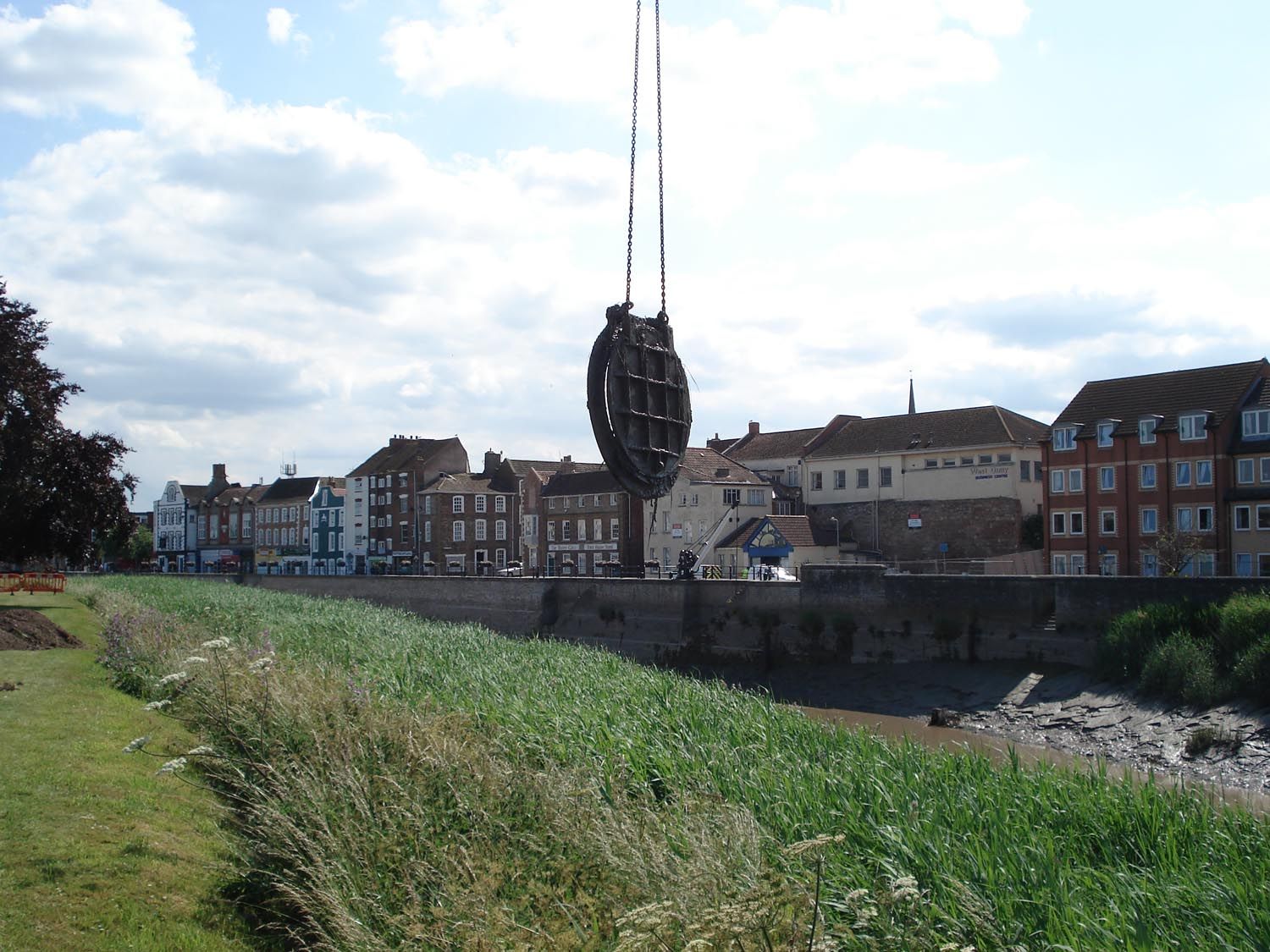 The metal flap valve being removed from the gravity outfall. It was unable to open when buried under the mud and therefore unable to drain the upstream system. 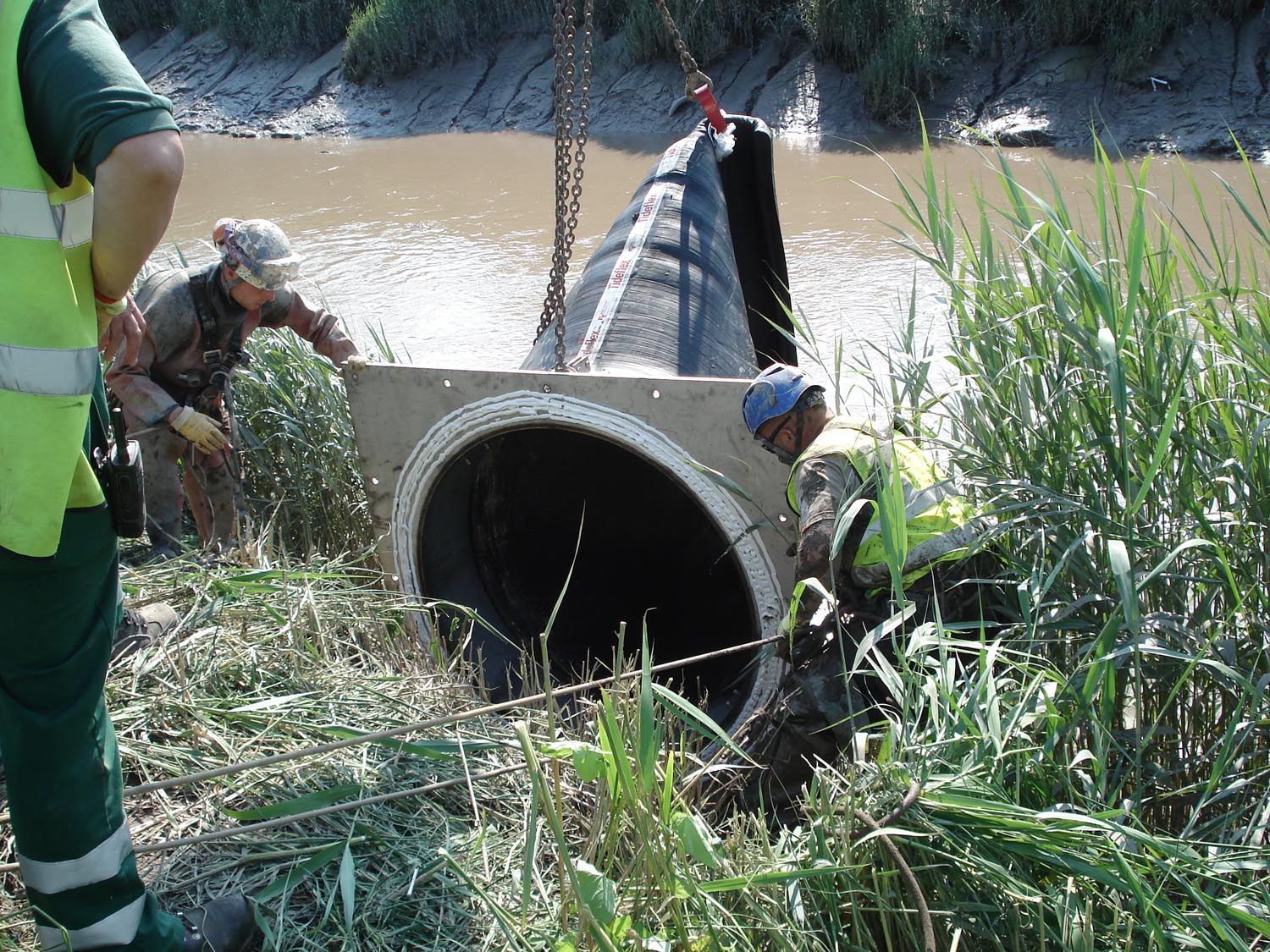 The 1000mm R7F Tideflex valve for the outfall of the surface water gravity discharge pipe, being lifted into place on the headwall. 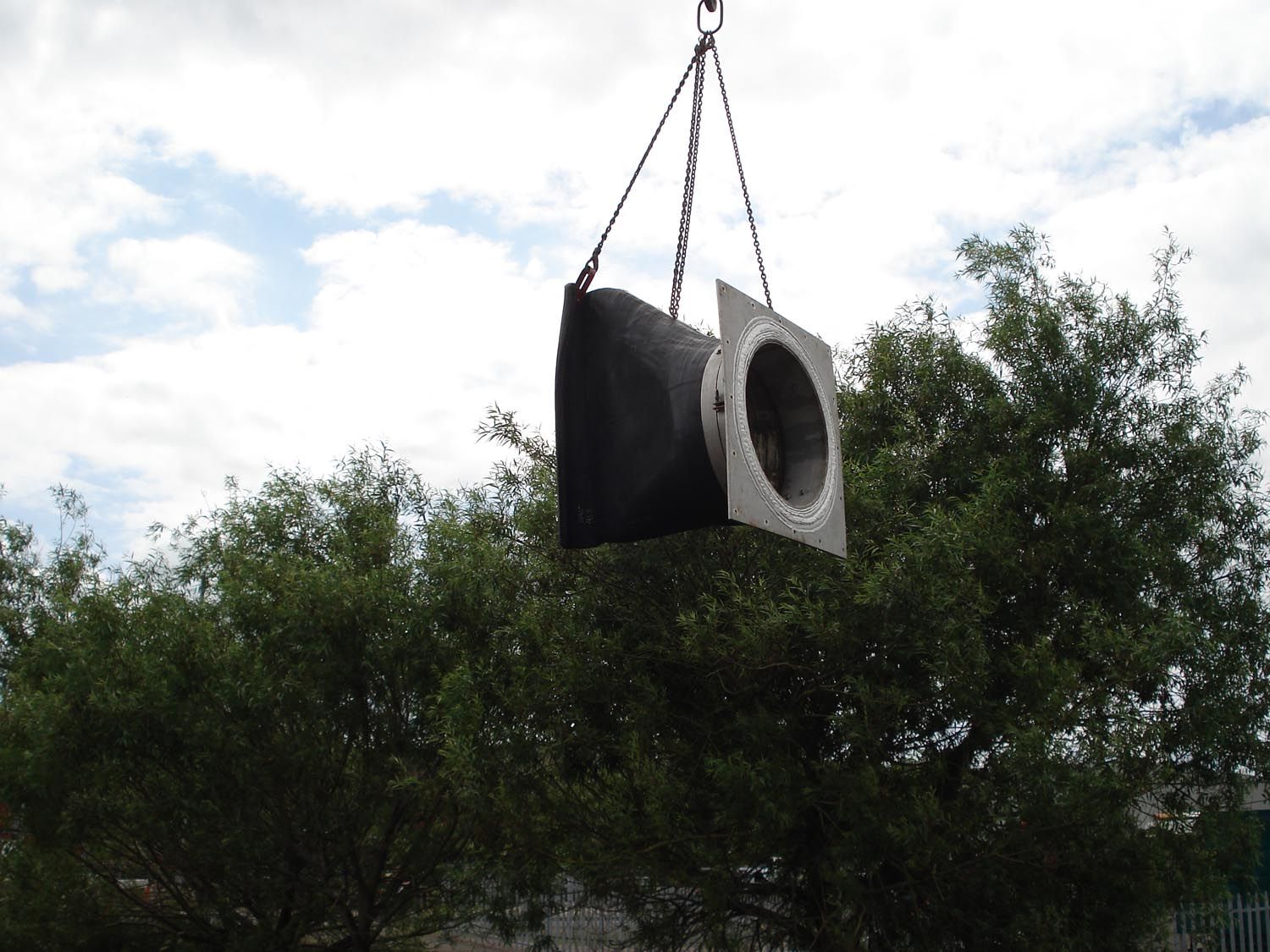 The 1200mm R7F Tideflex valve for the outfall of the stormwater pump station being lifted into place. Note the lifting hook on the valve bill - standard on all valves >450mm. 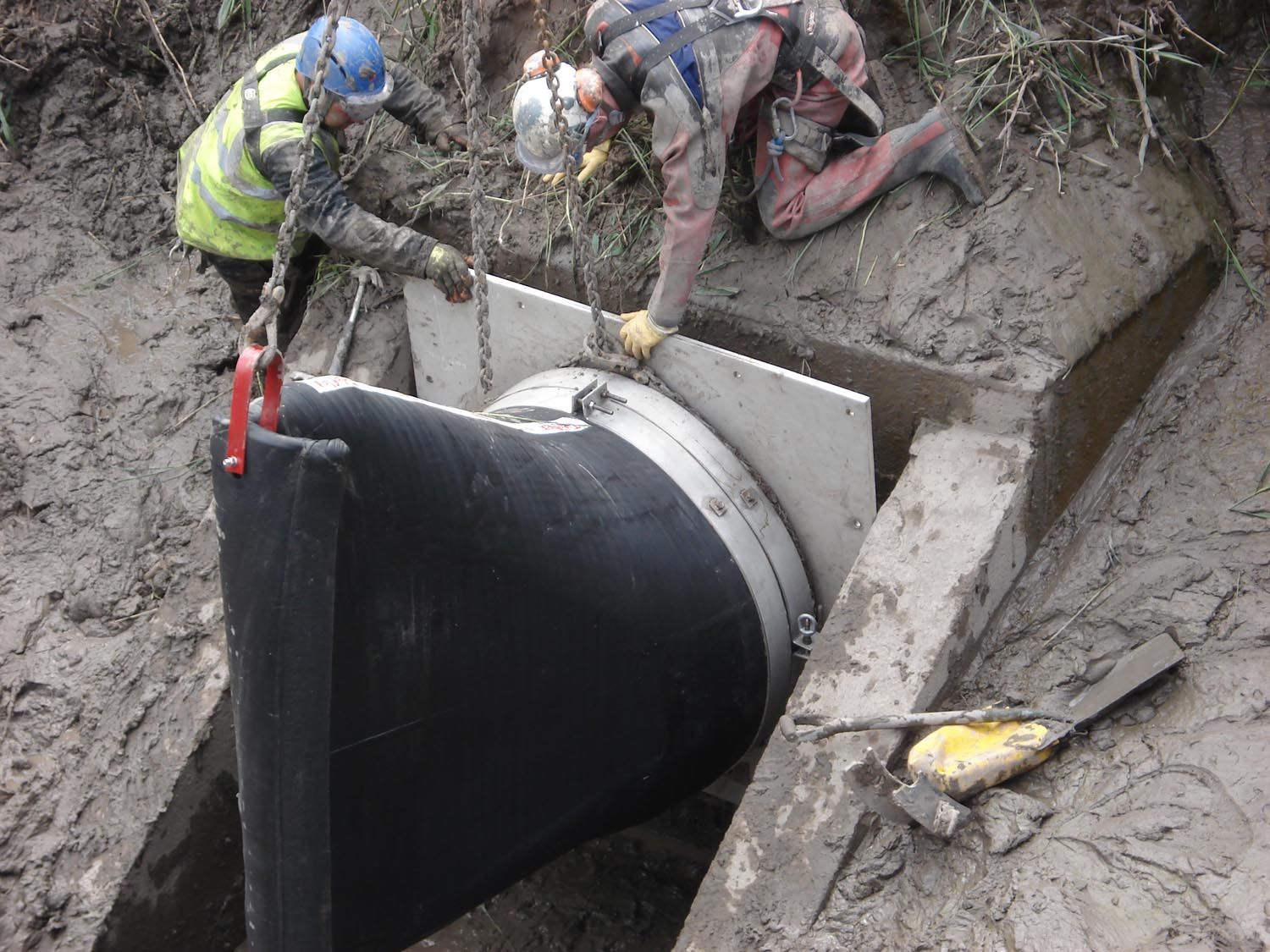 These guys had to be hosed down with a powerwasher after this installation!